Shoprider – Shining the Spotlight on those with Wheelchair ‘Super-Powers’

November 2019 has become a proudly South African month. Alongside all fellow South Africans, Shoprider is basking in the victorious aftermath of our boys bringing home the Rugby World Cup trophy with a power and presence beyond the sport. This has closely been followed by the excitement of our very own Anrune Weyers taking South Africa’s first gold for the women’s 400m track event at the 2019 Para-athletics championships in Dubai.

In a previous blog, we saluted the perseverance and persistence of Paralympic athletes in their dogged determination to overcome huge obstacles and hurdles.

As spectators, we look on from the sidelines at these para-athletes and are inspired by how they have succeeded, and how their successes cast a magical shadow, transforming the world around us – for the better.

As a wheelchair and mobility scooter retailer and service provider, Shoprider seeks to shine the spotlight on those who live with physical disabilities, giving them a voice. We are acutely aware of the daily challenges they have to face. And so, a prestigious event such as the 2019 Para-Athletics Championships, gives us an opportunity to applaud these athletes who have chosen to make their wheelchairs their own kind of super-power.

We are honoured to introduce you to a few of them: 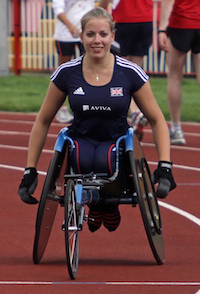 British wheelchair racer, Hannah Cockroft, has just broken the 100m world record in Dubai and retains her T34 800m title. Suffering two cardiac arrests just 48 hours after being born, she incurred damage to parts of her brain, which resulted in a deformity to her legs, feet and hips.
Intent on not allowing her wheelchair-bound disability to dictate her dreams, her spunk and inner drive set her on a path to achieving those dreams. At the age of 13 she began playing wheelchair basketball and then added seated discus to her athletics repertoire. When she turned 15, she was introduced to wheelchair racing and according to Hannah, ‘the rest, as they say, is history.’ 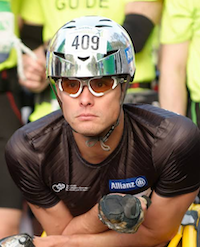 Born with spina bifida in 1986, professional athlete, Marcel Hug, is known as the Swiss ’Silver Bullet.’ He is one of the world’s top wheelchair endurance racers (5000m). At the age of 10, he competed in - and won - his first junior race, which laid the foundation for his sporting career, seeing him evolve into an elite racer. 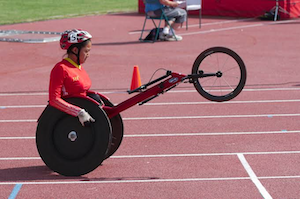 Hongzhaun Zhou of China contracted polio in both her legs at the age of 3. She is one of the world’s best T53 wheelchair racers who, during a remarkable career, has won six Paralympic and seven world titles. Only beginning her athletic career at the age of 16, she has become one of the world’s most dominant wheelchair racers in the T53 100m, 200m, 400m and 800m events. 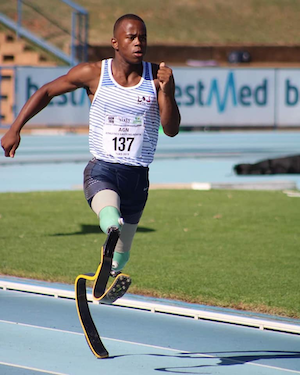 Although not technically a wheelchair racer, we could not exclude our very own South African teen para-athlete, Ntando Mahlangu, from our guest list - especially since he has just won SA our second gold medal in the T42 200m.

Born with congenital hemimelia - a condition where his legs didn’t fully develop below the knees - Ntando spent most of his childhood confined to a wheelchair.
In 2012, at the age of 10, both his legs were amputated just below the knees and he was given his first set of blades.
At the age of 14, he won the silver for SA at the Rio Paralympic Games and is regarded as the ’one to watch’ in the T42 200m and 400m events in Dubai.
‘I’m cursed by the need to move. I don’t want feet - they would slow me down.’

These are just a few short guest bios to give you a glimpse into a world that represents Shoprider’s customers. They may not all be para-athletes, but they are all worthy of our commitment to providing support in the form of wheelchairs and mobility scooters, as well as after-sales maintenance and the service to convert cars to be wheelchair- and disability-friendly - helping to make their lives just a little easier.

Contact us if you have any further queries and let us know how we can be of service to you.